Hey, welcome back to How’s the Market? for February, 2020. We create this show together with Keeping Current Matters, taking a monthly look at the U S real estate conditions so you as the local expert can provide insights to your clients that they’re absolutely looking for. So for the last few months we’ve been talking a lot about buyer demand and how it’s far outweighing the available inventory in just about every market.
Here’s some stats that will back this up and help you have better conversations. First, recognize that the national association of realtors gave every state in the union a ranking based upon weak, stable or strong for both buyer and seller traffic. 35 states have what they consider strong buyer traffic meaning the demand is obviously very high. Meanwhile, only one state, Alaska has what’s considered strong seller traffic. So obviously more and more people are trying to sell their properties in Alaska and 32 states are considered weak when it comes to new homes coming on the market, what they would call seller traffic.
Now there’s right now just 1.4 million homes on the market nationally, which we have not seen a number that low since 1993 and the current months of inventory on a national level is at an all-time low as well, just three months exactly. Now, before you get shocked, the good news is that existing home sales have increased year over year by more than 10% across the nation. That’s good news.
And Lawrence Yun, the chief economist of the national association of realtors sees a lot of positive momentum moving forward. He says between the strong economy and the job numbers and of course mortgage rates still being below 4% and housing startups as a new construction up to 1.6 million, if all of these factors continue, 2020 is going to be a banner year for residential real estate. Now your role in all of this is to start the conversations with potential sellers, people in your database, people in your farms, people you’re meeting around town to inform them and educate them on the demand today for new product coming to the market.
So hopefully you caught my webinar earlier this month with Steve Harney, founder of Keeping Current Matters where we talk specifically about three ways to solve the inventory crisis. Now if you missed it, you can look in the descriptions below and we’ll include a link so you can watch it on demand. In it, Steve shares a fantastic strategy that takes the old process of a CMA one step further to truly show homeowners how much they would be able to spend if they were to list and sell their home at current market values, a new approach and some new dialogue to the old strategy of would you like to know the value of your home? So to recap and wrap this up, the news is generally positive with the possibility to make it truly amazing if we can just get more homeowners to start putting their homes on the market.
My question for you as a coach is, are you really doing everything that’s possible? Are you shooting enough videos? Are you making enough phone calls? Are you marketing enough? Are you getting out on the streets and talking to people that should be most likely to sell and having the conversation about what they can do and where they could go next.
Think about it… and on a side note, have you texted me yet? Nine four, nine two one six five, four, six, six. Yes. Tom Ferry’s giving out a cell phone number and I’m responding to 40 to 60 people a day who are looking for insight, direction, a push and sometimes just saying, “Hey, is this really Tom Ferry?” And I sent a video back and say, “Yes Martha, it’s Tom Ferry.” So send me a text nine four nine, two one six five four six six. Let me know I can help. And until then, let’s be as productive as we can. And I look forward to seeing you in the month of March on our How’s the Market? show. Take care. 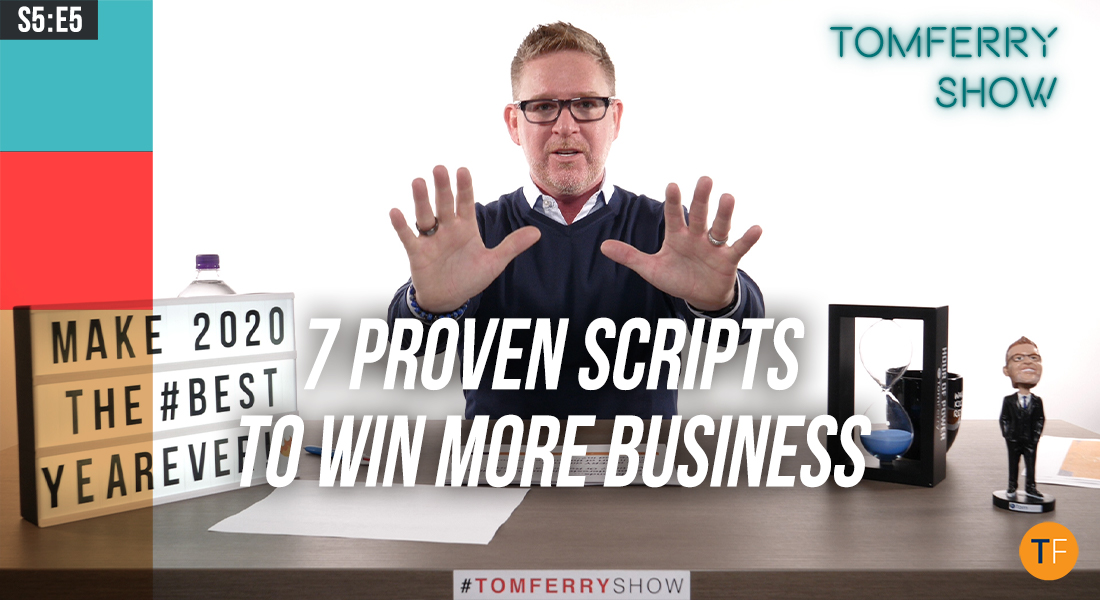 7 Scripts to Up Your Confidence & Win More Business – #TomFerryShow