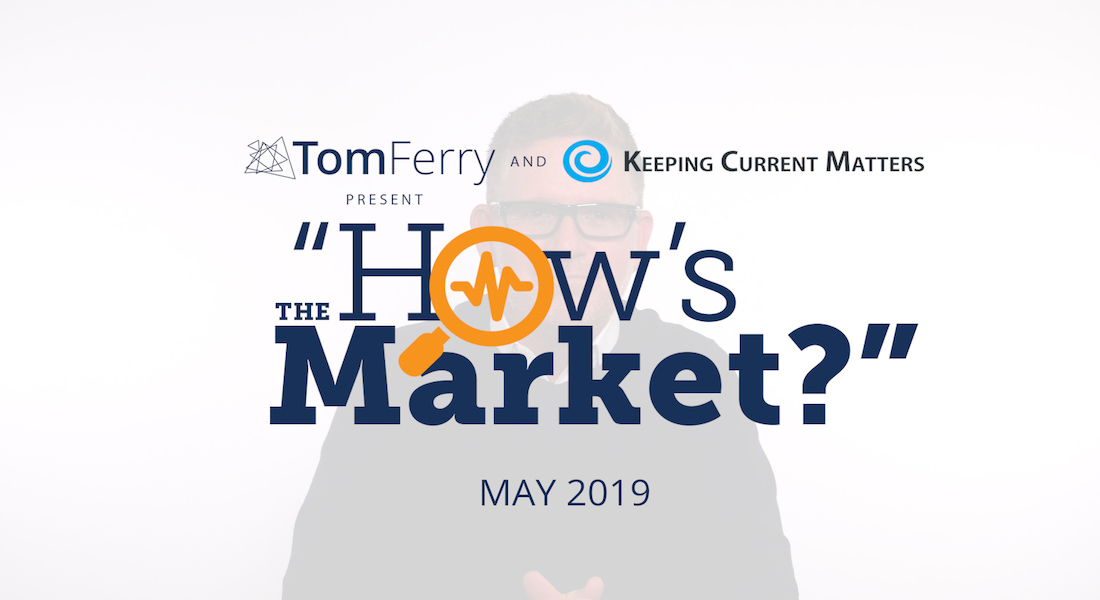 Welcome to the May 2019 episode of How's the Market? We created this series in conjunction with Keeping Current Matters. Recently on a phone call, Steve Harney and I, the founder, were talking about how since this series debuted, we spent a lot of time focusing on the importance of controlling the narrative, or creating the narrative. Then we realized something: that when you stop and think about it, that's not really accurate. We're not really trying to control the narrative, and we're definitely not trying to create the narrative, especially in today's political climate, where everyone is trying to spin things to serve their own agenda.

You have to be extremely careful of coming across as misrepresenting the facts to serve your own interest. So when we’ve been talking about controlling the narrative, what we really mean is correcting a false media narrative. Let me say it to you again: correcting a false media narrative, one that’s been sensationalized in the name of website clicks and additional eyeballs watching the television or online.
Moving forward, we’re not going to advise you to control the narrative any longer. What you really need to do is reclaim the narrative. You’re not spinning anything, what you’re doing is simply providing, in your market, a great service, by correcting the misinformed media hype and bringing it back to the truth about what’s going on in your town. Think about that, and let me know your thoughts.
Steve and I both believe that the word “reclaim” better represents your role as the knowledge broker for your community, delivering insights home owners need to make the best decisions for their future.
Which brings us to the real topic I wanted to discuss today, which is reclaiming the narrative, and setting the record straight about the economic forecasts. There was a lot of chatter not that long ago about the R-word, remember? Recession! But now, guess what we’re seeing? A lot of economists are pulling back on those projections lately. They’re not necessarily saying it won’t happen, but they’re pushing back their timelines.
And remember, even if a recession does happen, only once in the last five recessions, was housing significantly impacted. In fact, housing prices actually increased during three of the five. Something to think about.
Let’s take a look at some of the revised projections from these major economists. Anthony Chan acknowledges a slow-down, but doesn’t foresee a recession any time this year or next. Then we take a look at what Dean Baker has to say. He agrees, saying he sees the US economy slowing, but points out there’s a positive happening that will prevent us from dipping into a recession. Then there’s Lisa Shalett, who is the chief investment officer for wealth management at Morgan Stanley… She says the housing market is actually improving, that bank lending is on the rebound, oil prices are high, and the credit markets are humming along, all of which spells out stability in the US economy.

Finally, economic authority Morgan Housel has this optimistic outlook on a possible economic slow-down. He says three things: number one, that some will assume that it has to be bad as 2008. Number two, it’s been a while since the last recession, so the next one will feel worse than the normal economic experience we have now. And number three, no matter what you do for a living, how you invest, what you invest in, or where you live, there’s going to be opportunities.
So, there you have it. Plenty of powerful ammunition to go reclaim the narrative, and eliminate the fear and uncertainty that home owners are feeling in your market, especially as we get closer to summer, and the seasonal spike heats up. So let me know your thoughts and any questions you may have in the comments below. Thanks again and always for watching, and we’ll see you next month.