10 Tips to Help You Pick Up the Phone and Make Your Damn Calls! 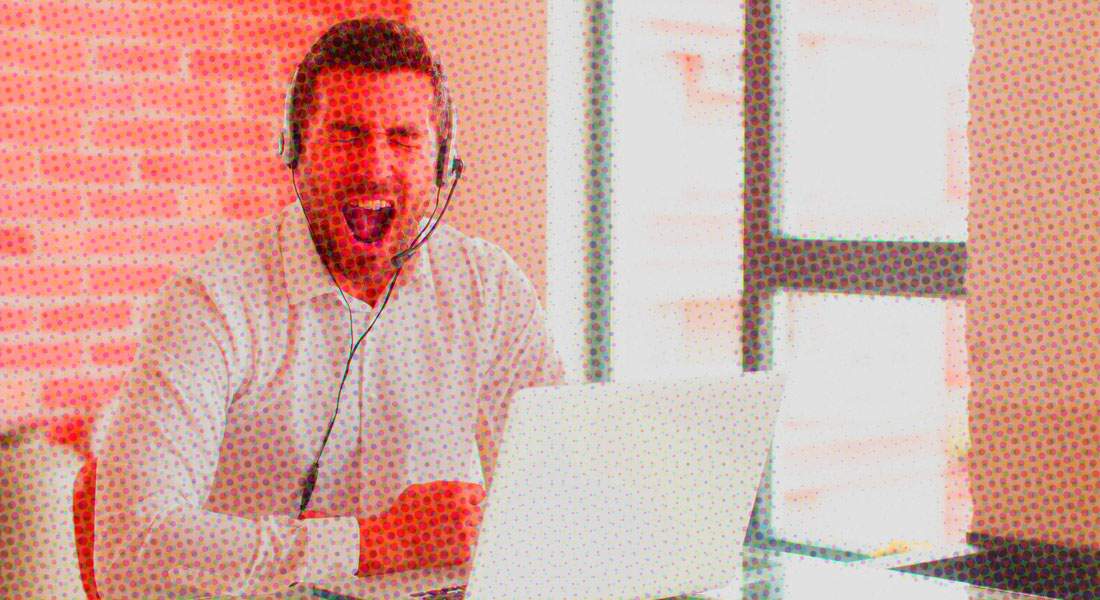 Because at one point or another, we all get in a funk and don’t feel like picking up the phone and making our calls.

We make excuses. We procrastinate. We find something else that’s supposedly “urgent.”

That was the case for one of our coaching members recently. He posted in our online mastermind groups about how he just couldn’t get himself to make phone calls.

Lucky for him, he had his coach and a supportive community to turn to. And they delivered with lots of great advice on how to make phone calls. Because the key is to get out of that funk and back into your routine as quickly as possible.

So today, I’ve collected 10 of their best tips for making phone calls and I’m sharing them with you.

Tip No. 1: Create the Right Atmosphere

Just because you’re making calls doesn’t mean you can’t have some energy in the room.

Put some music on that gets you pumped up.

Stand up and move your body.

Get your adrenaline flowing and your blood pumping.

Then you’re ready to dial!

Tip No. 2: Affirm Your Greatness

Several people suggesting saying some affirmations aloud to get you in the right head space before making your calls.

Here are some suggestions:

“I love making my calls.”

“I help people every day.”

“People are waiting for me so I can help them.”

“People want to hear from me.”

“I choose who I want to work with.”

“People are lucky to work with me.”

Adopt some of these or create your own.

Tip No. 3: Change Your Perception

One of the main barriers for the person who posted was that he was thinking of his calls as “sales calls.”

The feedback others provided was to change that narrative to what he’s really doing – engaging with prospective customers and seeing how he can help them achieve their real estate goals.

So don’t think of it as cold calling… or prospecting… or “sales” calls. Name it something else that frames it more positively. It’s entirely up to you.

I also thought this was some fantastic advice:

“Love that you have the opportunity to talk to people and find out stuff about them.”

Whenever you practice something, you get more comfortable with it.

A lot of the apprehension I see with agents is due to the fact they don’t really know what to say, and they’re afraid of being “put on the spot” by the voice on the other end of the phone.

That’s why role playing is so important. The more you’ve internalized what you want to say, the more comfortable you’ll be on the phone. You can actually be yourself and respond in a human way.

Make role playing part of your morning routine, and you’ll be one step closer to making your calls on a regular basis.

Tip No. 5: Adopt the Right Mindset

If you pick up the phone with a nagging suspicion that you’re bothering people, you’re never going to forge the type of relationships successful agents do with their prospects.

Mindset plays a huge role in your success or failure when making your calls.

Here’s a much better alternative:

Believe completely in your head and heart that YOU are the best option to help people make a move. Then it becomes a no-brainer to reach out to answer any questions they might have, inform them of market conditions, and see how you can help them.

Tip No. 6: Choose Your Hard

Look, I get it… I’m not trying to say it’s super easy to pick up the phone and make your calls with great discipline. (If it was easy, everyone would be rich and there’d be far less reason for a real estate coach like me to exist.)

But examine the alternative for a minute – because that’s hard, too!

Yes, making your calls can be hard. But so is struggling to pay your mortgage. So is telling your kids they can’t go to the school they want to go to because you can’t afford it. So is the stress of not knowing where your next paycheck will come from.

In life, we all have to choose our hard. And when viewed from that perspective, I think it becomes a lot easier to pick up the phone and have a few constructive conversations every day.

Hopefully this one’s obvious, but making your calls becomes a lot easier when you know what you’re going to say.

On the other hand, it’s a lot harder if you insist on “winging it” and find yourself improvising every time someone answers.

One great piece of advice someone mentioned in that post was simply to call to inform homeowners about a recent sale in their neighborhood and the fact that more buyers are interested in their community, but there are no homes for sale.

That’s exactly what Byron Lazine said was working incredibly well for his team on a recent episode of my podcast. Listen to Byron’s answer at around 36:30 if you want the exact circle prospecting script his team is using.

How easy is that?

Tip No. 8: Remember… They Can Sense It

This one’s simple… smile when you talk. The person on the other end of the phone can sense it.

And that’s also true in the opposite scenario – if you’re nervous, scared, disinterested… they’ll sense that, too, and you’re only wasting everyone’s time.

One person compared making your calls to going to the gym. You might not feel like doing it, but once you’re done, you’ll feel so much better.

If you love that rush of adrenaline and energy you feel after a great workout session, create that same feeling in your workday. Make your calls and enjoy the satisfaction afterward!

The upside is you connect with members of your community, you provide value, you build rapport, you set appointments, you sell more houses, you make more money…

And the downside is… maybe a couple people hang up on you?

There are still homeowners out there who might think they need to wait until Covid is completely gone before they can sell their house safely and successfully. It’s your job to reach out and educate them about what’s going on in the market and giving them the opportunity to move forward with their life’s plan. And in the process, giving yourself the opportunity to get the listing, sell the home, create another happy customer, and put more money in your bank account.

Remember… everything good happens outside your comfort zone. So force yourself to make your calls, or find the support and accountability you need to make it happen on a consistent, disciplined basis.

Let me know what tips I missed in the comments below… What do you do to make the most of your Hour of Power?