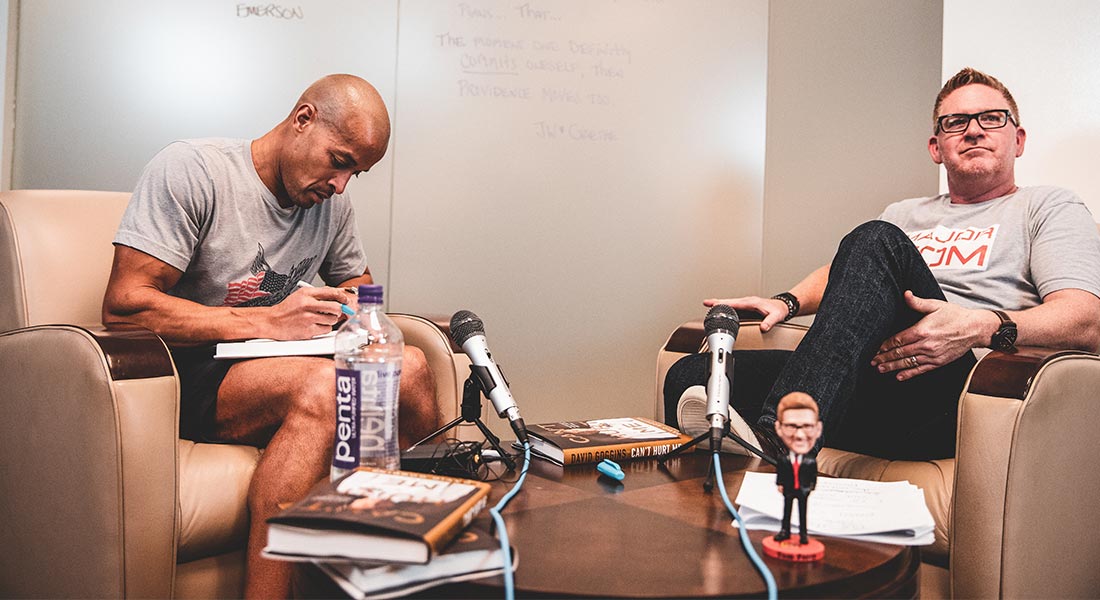 If you’ve never heard of David Goggins, just picture if a superhero story came to real life. After a devastating childhood that left him broken and lacking ambition, everything changed. He set his sights on becoming a Navy SEAL, and in the process became the only individual in U.S. military history to go through Air Force Tactical Air Control Party Training, Army Ranger school and three “Hell Weeks.” He not only accomplished his goal of becoming a Navy SEAL, but then went on to earn a reputation as one of the world’s premier endurance athletes.

I was extremely proud to introduce David and his incredible life story to our audience at the 2017 Success Summit. Now, as his new book “Can’t Hurt Me” continues to dominate the Amazon Charts, he joined me again for this fascinated interview.

In this episode, we talk about…

11:16 – “I started realizing my life was causing a whole bunch of scarring on my brain”

14:12 – How David faced his fears and mastered his thought process

15:07 – The critical difference between “Theorist” and “Practitioner”

16:24 – If you’ve ever been afraid to make your phone calls, listen to the next three and a half minutes

20:47 – David gets real about how to reshape your personal identity

28:17 – Is your body language creating a downward spiral toward being a failure?

32:02 – How to overcome your self-talk when you’re at the end of your rope

40:00 – Why so-called “failure” actually gives you all the answers

48:37 – A powerful anecdote you absolutely must hear