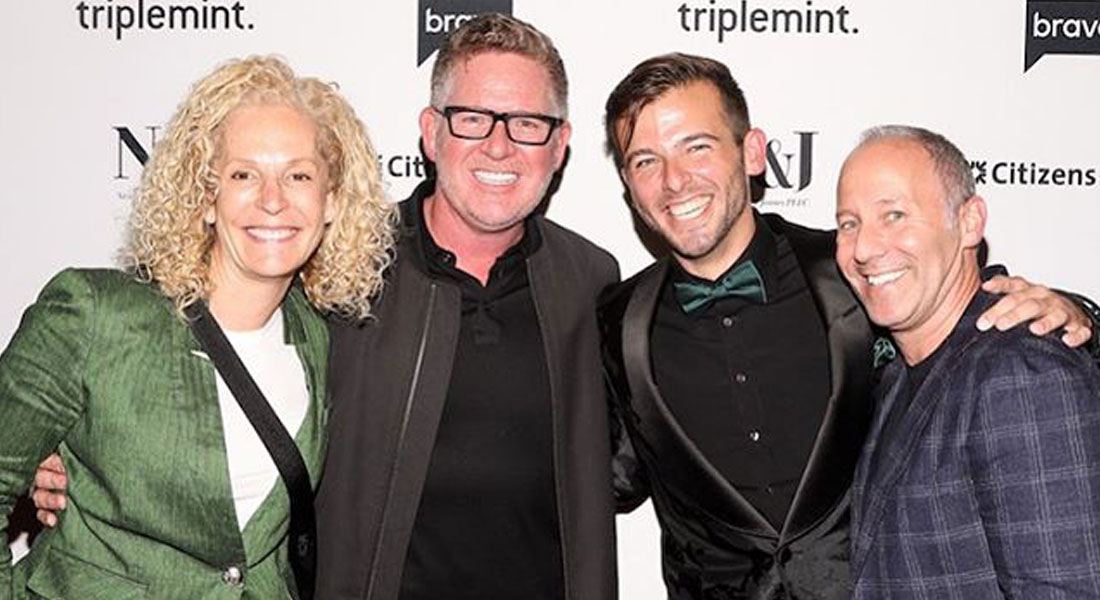 To see Tyler Whitman’s jubilant personality on Bravo’s “Million Dollar Listing” or in his own highly entertaining social media videos, you might suspect his life has been one big joyride.

In reality, it’s been anything but.

A journey full of…

…And a major health issue that might have killed him if he hadn’t reversed course.

But here’s the good news: That’s all behind him, and he knows he’s a stronger person today because of it.

So how did he get past it all and succeed?

Keep reading to find out. His story is quite the inspiration.

Maybe the Ultimate ‘Fish Out of Water’?

Tyler grew up in the South as a classic “fish out of water” story. He never felt like he fit in, and from an early age, he set his sights on becoming a “big city boy.”

During his college years, he grappled with depression and wasn’t sure what to do with his life.

His mom knew he always wanted to move to New York, so she suggested he take a semester off and go try it.

One of Tyler’s friends was headed to NYU, so Tyler tagged along and did what he could to make a go of it in the Big Apple. He waited tables at Planet Hollywood in Times Square, but his meager income couldn’t even cover his rent, and he got evicted from his first apartment.

In hindsight, this development kicked into place the first puzzle piece of Tyler’s professional journey, because next he moved in with a guy off Craigslist who was a real estate agent. It was Tyler’s first exposure to the industry, and his roommate urged him to consider it as a career.

“What else am I going to do with my life?” Tyler thought to himself. “I was such a mess financially. I was only 20 or 21 at the time, but it felt like a big deal back then.”

Tyler earned his real estate license in 2006, but it was no catapult to success.

“Rentals in New York City are a big business if you’re good at it, but I wasn’t. I made no money,” he recalls.

So Tyler moved yet again, this time literally into a friend’s walk-in closet where he slept on a futon.

“It was dark times in Tylerville,” he quips.

Throughout these early professional challenges, Tyler’s weight was becoming more and more of an issue. He’d fluctuated between 240-280 pounds throughout his 20s and felt embarrassed to be a real estate agent, especially in image-conscious New York City.

He switched gears professionally, taking a behind-the-scenes office manager role, shying away from presenting himself on the front lines with customers.

Eventually, Tyler began to build a rental niche around people attending Ivy League schools, and finally began to claw his way out of the financial hole he’d dug himself.

While his professional career signaled promise, his weight only grew more troubling. Tyler was tipping the scales at nearly 400 pounds.

Tyler knew his weight was an issue, but he was determined to get it under control naturally.

Just one problem: It wasn’t working.

A friend suggested weight loss surgery, but he was reluctant to take that route.

While attending a Phish concert, Tyler recalls he and his friends “dancing our asses off” when suddenly he felt dizzy and almost fainted.

He sat down on the ground and started sobbing. He realized then and there it was time to schedule his surgery.

The Road to Wellness

So he started a fitness regimen and started sharing his journey on Instagram.

He worked out 90 times in the next 90 days, and lost another 100 pounds in the process.

“It felt amazing,” he says. “I was sharing my story and connecting with so many people.”

Emboldened, Tyler got his groove back and created a new master plan for his life: He’d return to sales and take over the world.

He hired his life coach to assist him on that journey.

Weighing all his options for this “fresh start,” Tyler considered leaving Triplemint – the company he’d joined years earlier when it was a tiny start-up.

“I didn’t want to feel like everyone was watching me,” he says.

Then his life coach asked him where he saw himself in five years.

He replied that he wanted to be the No. 1 agent in New York City.

“No matter where you work, No. 1’s are watched,” she told him. “If you don’t want to be watched, you need to set your goals much, much lower.”

In fact, she encouraged Tyler to adopt a whole new outlook: “Watch me!”

Yeah, that felt good, he realized.

Turning a Coaching Skeptic into a Believer

It was 2016 when Tyler first attended a Tom Ferry event. He bought a ticket to Success Summit and went by himself.

For the first two days, he honestly wasn’t feeling it. “It was too much for me,” Tyler says. “I thought to myself, ‘I’m crazy, but I’m a different kind of crazy from this crowd.’”

Then the next day, Tom did a “future visualization” exercise for everyone in attendance. Just minutes earlier, Tyler was rolling his eyes, but suddenly he was fully invested. “It was like they’d drugged me. I was so instantly on the ride,” he recalls. “It was all so specific for me. I saw exactly the life I wanted for myself.”

Tyler shares that his visualization included flying through Manhattan to 432 Park, the most expensive building in the city. Then suddenly he saw himself in the Hamptons as well.

He was energized by the event and started his “Whitman Wisdom” video series as a result… Which, coincidentally, played a big part in him landing his role on Million Dollar Listing. One of the show’s producers told Tyler, “Your Instagram is pretty much one big audition reel.”

Tripled His Business Since Joining Coaching

After that Summit, Tyler recognized that Tom Ferry could bring value to his business, but he already had his own life coach.

He joined Tom Ferry coaching primarily in search of systems, processes and digital marketing tips he could use to grow his business.

He got all that…

…And also found so much more.

“One of the great things are all the connections I developed within the coaching ecosystem,” Tyler says. “I was introduced to Steve Cohen, who became my main mentor in New York City and is now like family to me.”

He also says he loves being able to share what he learns from his coach with his team, to help them through various challenges they encounter on a daily basis.

“Coaching put me in more of a business mindset,” he says. “Before, I just took things as they came. Coaching made me realize that you can actually be strategic about this business.”

Since then, he’s been recognized much more and connected with people worldwide.

One of his favorite anecdotes took place just last week. He was on a listing pitch with a prospective client who asked, “Do you really think the exposure of the TV show is going to help me?” Right at that moment, a woman walked by, recognized Tyler and went bonkers, begging him for a picture. “It was the funniest timing, and the client said, ‘Okay, you can have the listing.’”

Another benefit of being on the show is being able to impact people’s lives he’s never even met. Through an odd labyrinth of coincidences, Tyler learned from his brother that he’d inspired an overweight person in small-town America to embark on his own weight-loss journey.

Of all the positives coming from being a “TV star,” Tyler says his broker connections have “wildly exploded.” In the past, he was thrilled to get double-digit attendance at a broker’s open house. He recently held his first one since being on the show and more than 100 brokers attended, resulting in two offers for his listing.

Giant Transformation is Possible… If You Believe

As Tyler reflects on everything he’s been through in the last 10-15 years, he realizes it has all served a very important purpose. It taught him compassion, humility, and how to overcome adversity.

“I genuinely believe that anything is possible, if you really truly and unapologetically believe in yourself,” he says. “You are worthy of everything you fantasize about.”

Even three years ago, he didn’t see the world that way. In fact, he was rolling his eyes at Summit and skeptical of what coaching could do for his business.

“It’s easy for people who attend a Tom Ferry event and see people who overcome things to sit in the audience and think, ‘That can’t be me,’” he says. “As soon as you stop thinking that way and start going for the things you want, it’s pretty magical how life will open up to you.”

We caught up with Tyler in advance of tonight’s episode of “Million Dollar Listing,” which may or may not include a cameo by a certain real estate coach known for his ginger hair and trademark glasses. (Seriously… we don’t know and they won’t tell us. But you should watch it anyway!)