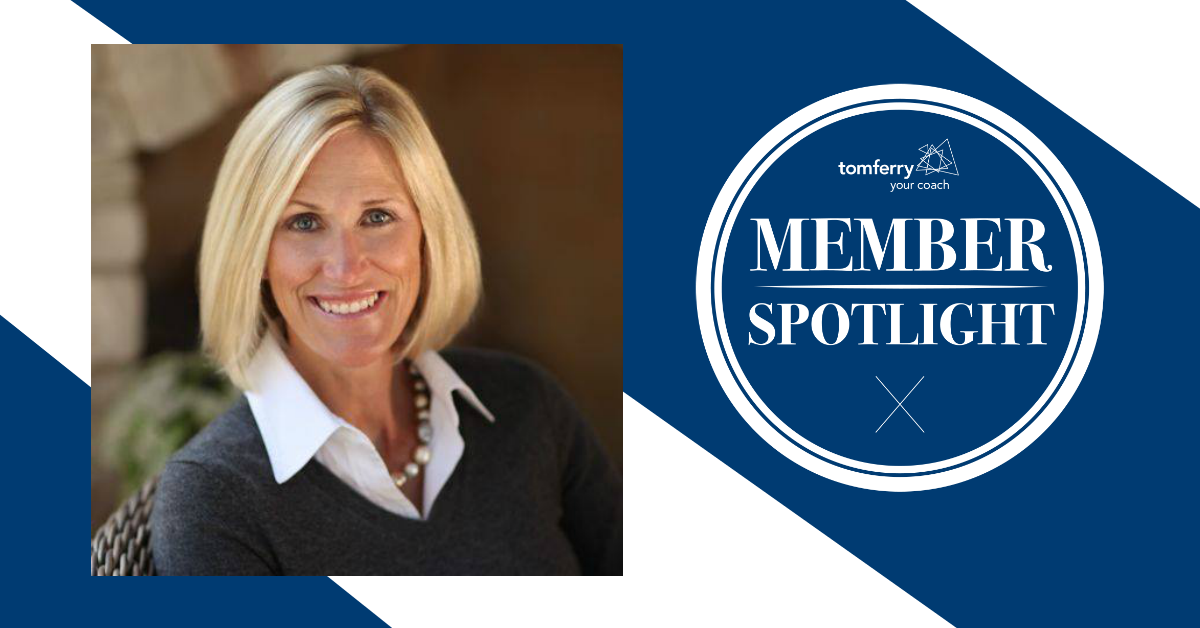 Maureen McCarthy is recognized as a top Baird and Warner real estate producer in DuPage County, Illinois. After reaching a sales slump, Maureen followed the advice of a top real estate agent and joined Tom Ferry’s Coaching Program. In the six months that she has been in coaching, Maureen has already surpassed her numbers from the entire previous year.

Maureen shares her story and experience working with Tom Ferry – Your Coach:

“My real estate career began rather recently, in September 2012. I decided to go for it after my dear friend Sue Anne Valentine from Calgary encouraged me.
In my first year in Real Estate, I was Rookie of the Year 2012-13 for my office but I just missed Rookie of the Year for the company. I did great the next year and then didn’t put much effort into the following year.

My sales slumped … I was no longer in the top sales at my office and I wasn’t happy.

My dear friend Sue Anne is a top producer and had always said to me, ‘if you spend money on ONE thing; do professional coaching!’
I finally took her advice.
One day, I saw a Tom Ferry ad and clicked on it. To be honest, I ignored his emails for about a month and then finally clicked on one to see what Tom could offer.

I was so impressed by Tom.

I opened his emails for another couple of weeks and made the decision to sign up for Elite+ Coaching.
I knew if I was going to be on top and fulfill my competitive nature I needed the best coach.
I was very particular on the type of coach I wanted. I was paired with Coach Martha Karelius and couldn’t be more satisfied.
In the year before coaching, I completed 10 transactions at $4,884,512 and $128,041 GCI.

PLUS, as of today I have $2,017,328 in escrow waiting to close and $1,687,000 in active listings!
I hit my numbers within 6 months and we had to reset my goals for the year.
My biggest achievement since joining coaching is my FOCUS.

I show up every day ready to work. I have a better routine and accountability to hit my numbers.

I was so busy last month, I told my coach everything is converting and I LOVE it!
Frame of mind and positive attitude is so important.
Here’s the thing … I work in a small town with a LOT of competition.
Visualizing, writing down goals and 10Xing is key.
I want to thank my coach Martha for always having the best scripts for me and reminding me to stay balanced.  As a single mom, I told my coach that carving out quality time for my teenage daughter and son is a priority. Martha was great at getting me to set boundaries in my business.
My coach pushes me when I need it and has been great at getting me to track my numbers. It has made a great difference.

Thank you so much to my coach Martha and of course Tom and the Tom Ferry Team!”