How To Break Into The Luxury Market | REal Success Episode 7

March 26, 2015 Today we have Wendy Walker to help pave the way for us, to give us some great strategies, some great ideas, in terms of what we can do in order to be able to grow at a high level, but more importantly, how to be able to sell in a luxury market.

Bill Pipes: So, it’s with great pleasure that I get to introduce a good friend of mine, great coaching client, and just a general kick-ass gal, Mrs. Wendy Walker. Hello, Wendy.
Wendy Walker: Hello, Bill, thank you. My gosh, that was quite an introduction.
BP: Well, you deserve it. So, tell ’em a little bit about who you are, about your background, your history. Um, you know, I mean, how many homes did you sell last year? Let’s just start there.
WW: Last year I sold almost 40. It was an up-year for me. My average sales price was around $1.7 million.
BP: Awesome. Great. And how many homes did you sell the previous year?
WW: 26. Thanks to your coaching.
BP: Thanks to all the great coaches at Tom Ferry that are around. Um, you work primarily in the luxury market, right? Tell us a little bit about the area that you sell in. Where do you sell and what is the average sales price inside that area?
WW: So, my primary focus is a town called Paradise Valley, and also in a city called Scottsdale. So, I have recently moved primarily into Scottsdale, but my primary focus for the last 15 years has been Paradise Valley. So, I’m actually starting to move a little bit with my inventory and my focus as well, so hopefully I’ll be able to share some good tips for everyone.
BP: Excellent. Well, and you know what, what I want to do today, Wendy, is I want to debunk some myths, you know? Like, I think there are some myths out there about selling the high-end, selling luxury property. One of them being that it takes a certain type of person to be able to do it. And my belief is anyone that makes up their mind to be able to do this could do it. Tell us about your background and what was the critical part to your growth process?

Editor’s Note: My buddy Bill Pipes is more than our master sales trainer and presenter of Sales Edge. He’s an adventurer always pushing himself to conquer new goals, and he recently experienced one of the most harrowing adventures of his life. Along the way, he learned some amazing lessons for life and business. I asked […] 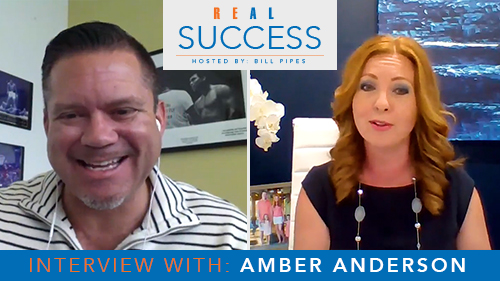 As you probably know, there is a big shift in video across social media. Agents typically fall into 3 categories when it comes to video… They either avoid it completely, they do it but not very well, or they are crushing it! On this episode of REal Success Coach Bill Pipes talks to rockstar agent […]

It takes 7-8x more time, energy, and money to get new clients, than it does to get more business or referrals from your current clients. 82% of all customers would say they would work with their agent again, but only 12% actually do. This episode of REal Success is all about mastering your database and […]