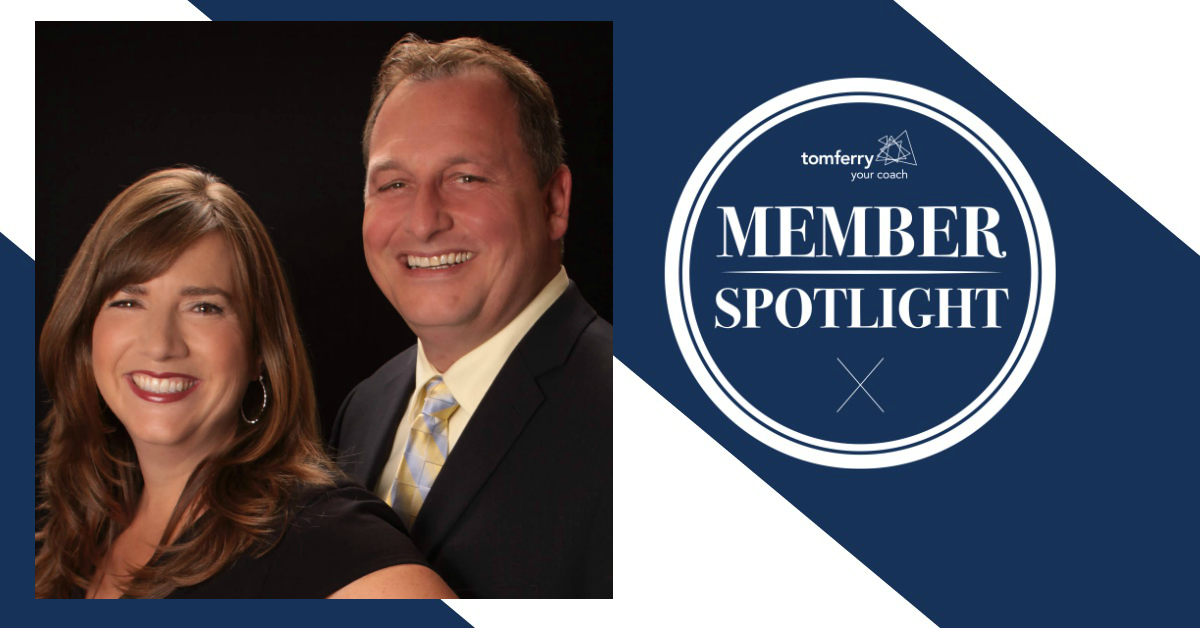 Renee and Maic are Team Leaders of the Friedrich Group in the greater Sacramento area. They decided to join coaching after attending Sales Edge and have seen big improvements in their business … most recently, they ended the year with nearly $600K in GCI ($150K increase over the previous year!).

Renee and Maic share their experience with the Tom Ferry Coaching Program:

“We both started working in real estate in the mid-2000s. Maic was first, in 2004, and Renee followed in 2007.
We’re big believers in coaching … before joining the Tom Ferry Coaching Program, we were with a competitor coach and we also went through MAPS before making the switch.
We attended a Tom Ferry event, Sales Edge, and were really impressed with both the training and the speaker, Bill Pipes.

During Sales Edge, we were so fired up that we signed up for coaching on the spot.

We decided to join the Tom Ferry Coaching Program after seeing the results that Bill and other coaches were having with their clients.
We love that Tom’s approach is still prospecting-based, but marketing-enhanced. We get a ton of energy from the events and our mastermind group which we were invited to join right away.
We are super grateful for our group, because they got us into the ecosystem much more quickly than we could have done on our own with our coach.
The year before we joined coaching, we completed 44 deals with around $432,000 in GCI.

After our first year in Tom Ferry Coaching, we closed around 60 deals with close to $600,000 in GCI!

The biggest achievement we’ve had since joining is the implementation of a number of marketing campaigns. We’re now holding our marketing dollars more accountable.
Our plan for reaching our database is way more dialed than it has ever been and the results are coming through!
Our mindset around building our business is setting us up to win BIG in 2017.
We are so grateful to finally be in the Tom Ferry ecosystem.

The people that we get to associate with, the ideas that get shared and the accountability is EXACTLY what we need to get us to the next level!”